You are going to fall for this chocolate brownie cheesecake topped with a mocha whipped cream.  The combination is absolutely amazing and sure to impress! 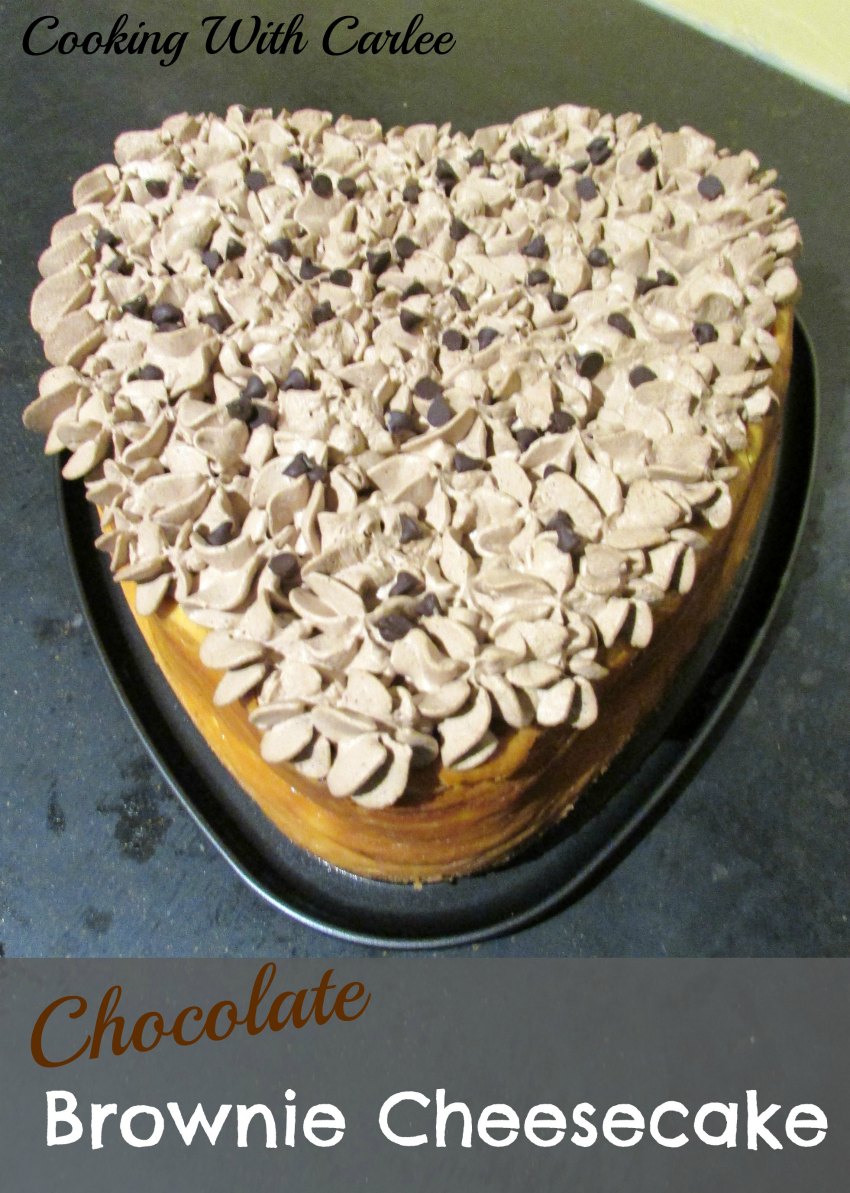 Do you know what today is?  It’s Cake Slice Day!  It is so fun to have an excuse to bake something a little extra special once a month and share it with my cake baking friends!  We have been baking our way through Maida Heatter’s Cakes since November.

Each month we are given four recipes to choose from and we each bake one.  Usually it is a surprise what everyone else baked, but there has been a little cheating on that this month! 😉

In the end, that only ends up being a win for you guys as there is a great chance you will get to see them all!  I love the book, but there are no pictures and I have no imagination so I love seeing what everyone made!

So I was choosing knowing 2 of the 4 choices has already been baked.  I wanted to do a different one, so the remaining options were the Mocha Chip Chiffon Cake and the Chocolate Brownie Cheesecake.

Having done a coffee flavored cake in the Coffee and Cream Sponge Cake last month (it was delicious and you should totally make one!), I almost through the chiffon cake out based on it being another mocha cake.

But, I really like using this group to further my baking skills and I have never made a chiffon cake.  I was in a real quandry.  So, I turned to my trusty assistant, otherwise known as my husband, for a verdict.  He doesn’t have nearly as hard of a time making a decision as I do.

He chose the cheesecake based on the fact he didn’t know what a chiffon cake was.  Goofball!  But I asked, so I didn’t have to like the reasoning, I just had to bake a cheesecake!

The cheesecake was fun to make too. I simplified the process quite a bit.  I love hearing how Maida does it, but I feel like she adds a lot of steps in just for the sake of adding steps. First you bake a batch of Fabulously Fudgy Brownies. Then you cut them into small pieces and freeze them.

Maida makes cheesecakes in a solid pan, dumps them, presses in graham cracker crumbs and inverts the whole thing.  I just pulled out a trusty springform pan and made a more common graham cracker crust.  I do like to keep the crust layer thin though, I don’t like a huge crust on my cheesecake.

I loved the recipe, even with my simplified instructions.  The texture of the cheesecake was great and the fact that it was studded with brownie made it all the better.

The only place I really went wrong was choosing my heart shaped springform pan.  I couldn’t find a pan large enough to do the water bath, so I just gave it a steamy oven instead.

I really should have dropped the temperature a bit, but didn’t think of it until after my cheesecake had already cracked.  So, I did what anyone in my position would do, made Mocha Whipped Cream to cover the crack! The whipped cream was completely to hide a boo-boo, but it was DELICIOUS!

I’ll say it’s optional as it wasn’t part of the original recipe, but it is HIGHLY encouraged!  When one of my brothers asked what kind of cheesecake it was, my youngest brother Collin (who had already taken a couple bites of his slice) said “too good!”  I’ll take that as a win!

Update:  Chloe has been wanting this cheesecake ever since she saw it on the blog.  So much so that she requested one for her birthday.  Of course I had to make her one and it was as big of a hit the second time around as it was the first!  She was happy to keep the leftovers too.

You are going to fall for this chocolate brownie cheesecake topped with a mocha whipped cream. The combination is absolutely amazing and sure to impress!
prep time: 45 MINScook time: 1 hour and 30 MINStotal time: 1 hours and 75 mins

https://www.cookingwithcarlee.com/2016/03/chocolate-brownie-cheesecake-w-mocha.html
Copyright: Cooking With Carlee 2018
Created using The Recipes Generator
Now it’s time to see what the other bakers baked! 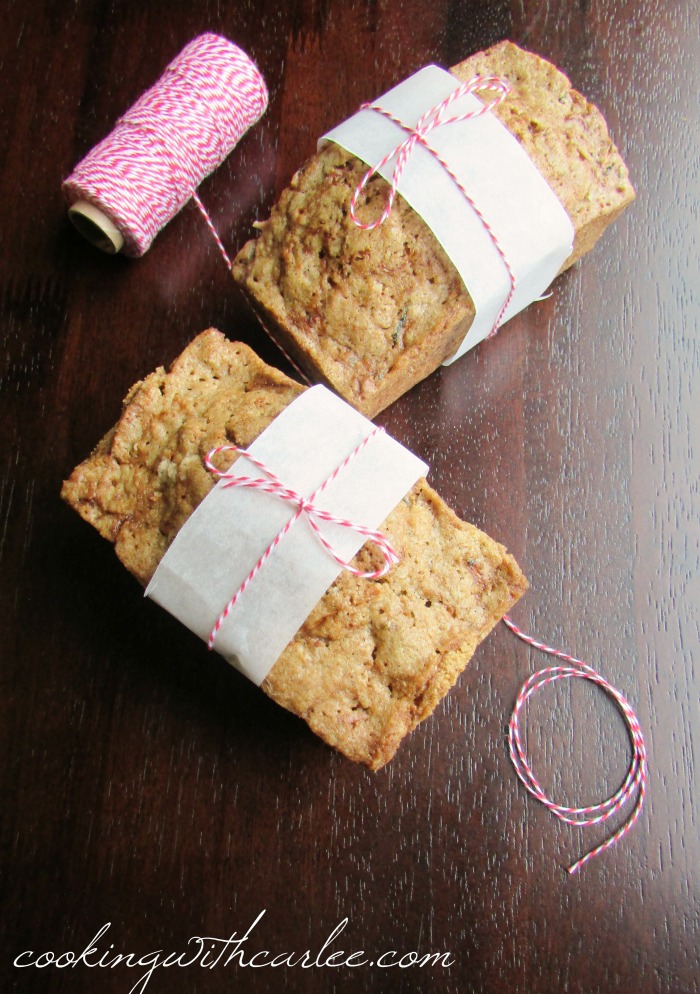 Next →
No Bake Mocha Cheesecake
Click here to cancel reply.

Thank you so much, Miz Helen!

Wow!! Carlee! This cheesecake looks amazing!! I love the Mocha! Thanks for sharing on My 2 Favorite things on Thursday!! Hope to see you again tomorrow!! Pinned!

The mocha whipped cream really sets it off! Thanks so much, Elaine!

Oh my gosh, this looks amazing Carlee! I am sharing and I'm pinning to make the next time we have an event!

Thank you! It is definitely a great one to knock the socks of your guests!

Ohh! Mocha whipped cream sounds amazing! Thanks so much for sharing at Inspiration Thursday! Pinned this recipe!

Carlee, this looks delicious and beautiful! Thanks so much for linking up at the You Link It, We Make It party and we hope you'll link up your favorites with us again!

Thanks, Kim! It really was so good! Thanks for hosting!