Posted on Last updated: May 28, 2021 Categories Gifts, Parties and Misc.

Having a Lego themed birthday is super fun! Check out how we put together this diy lego birthday extravaganza.

This fun Lego themed birthday party is full of fun touches that are easy to do. It is a colorful way to have a festive event.

Each year Little Dude picks a theme for his birthday party. We both enjoy taking a theme and running with it.

We have done a pirate party, train themed party, Dr. Seuss party and more. It is always fun to come up with fun little touches that really drive the theme home.

This year he chose a Lego party and like always we had a blast planning it. The plotting was a welcome distraction from everything else going on and it was our first time hosting an event in a long time.

One of our first tasks was to build containers for silverware. It was a simple lego touch for the buffet line.

Little Dude thought it would be fun to have the knives in a lego boat and I agreed. It was a fun project we could start on well in advance of the party.

We ordered a set of silicone building block molds from Amazon and had a blast with them as well. The bowl above is filled with Lego shaped jolly rancher candies.

We put candies in the molds at put them in a 300°F oven until they were just melted. It took about ten to fifteen minutes.

Then let them cool and pop them out. They were tasty and oh so easy to do.

We also filled the molds with batches of different colors of Jello. After the gelatin was set, we put the molds in the freezer.

We had extra jello ice cubes for people’s glasses. It was a fun effect, but I would do fewer cubes in the beverage dispenser next time.

It was hard to see the shapes with that many legos floating around, and once they dropped lower the blocks could block the spigot.

We also used those same molds to make bricks out of marshmallow fondant. We made a few colors and lots of bricks.

We found these easier to pop out of the molds when they are slightly frozen as well. Then we stored them in an airtight plastic container until cake time.

Little Dude requested both chocolate and vanilla cake. So I ended up doing a layer cake with alternating layers of those flavors.

I made a fun recipe for marshmallow buttercream. It started with melted marshmallows and made for a fun addition on the cake.

I put on the final coat of frosting and he went to work with the fondant bricks. He was very proud of the final decorations.

We made a diy pinata for the party as well. It was pretty easy to do.

A square box made for a perfect base. We filled it with candy and went to work decorating it.

We cut cross sections of an oatmeal canister for the nubbins. Little Dude used some hot glue to tack them on the front of the box.

We tied a string in the top of the box. Then painted some glue on the box to fix strips of tissue paper to the box.

I forgot to get a picture of the finished product. But as you can tell, the kids had fun whacking at it.

We had little yellow bags for the kids to stash their goodies. You can see them below.

Other fun activities for the party included a pin the head on the lego man game. I got the free printable from another site and it worked great.

We also had a jar of lego blocks with pieces of paper to write down your guess for how many are in it. It was hard to calculate due to the variety of sizes of blocks, much to my husband’s chagrin!

The winner of each game got a fun prize. A bag with sour patch kids and a lego kit.

My brother one the one for guessing the number of legos. Little Dude won the pin the head on the lego man game, though I think my blindfolding skills need work.

I ordered little yellow gift bags for piñata candy and party favors. Little Dude put the faces on them to make them look like the little Lego people heads.

We put little building sets in a bag for each of the kiddos and put them at their place at the table. It was a fun take home for them to keep enjoying Legos at home too.

We had printable coloring sheets at their table as well. Though they had so many other things to do, they didn’t get much use.

Of course the party needed food as well.

We had a double batch of stuffed mushrooms for appetizers at Little Dude’s request. My husband grilled a giant batch of lemon yogurt chicken.

My brother was gracious enough to smoke a bunch of ribs for us as well. LD had leftovers of those ribs for basically every meal for a couple of days after the party.

He was in hog heaven!

For sides, I made a quadruple batch of smothered green beans. Instead of baking them, I just put the mixture in a large slow cooker for a few hours.

We had a double batch of instant pot mac and cheese in my 8 quart instant pot as well. It was a delicious and easy addition to the menu.

I think everyone had a good time, I know we did. It was nice to get back into the swing of having parties.

This year we weren’t able to make treats for school. So we bought these fun watercolor cookies from a local bakery, The Yum Factory.

Each cookie came with a small brush and edible watercolor palette. We sent in small plastic cups and a few bottles of water for thekids to paint their cookies.

It is a fun mashup of activity and snack. The kids really enjoyed them!

It is hard to believe another birthday has come and gone. We’ll see what next year brings! 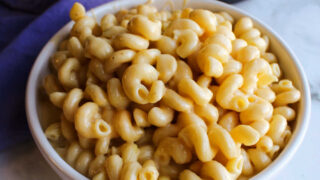 ← Previous
Mac and Cheese in the Instant Pot 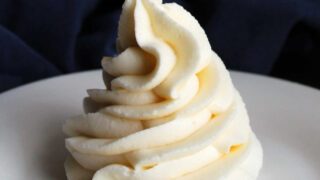