These cinnamon buns are mind blowing! The dough makes the softest, gooiest, most delicious cinnamon roll you’ve ever had!

These cinnamon buns are so soft and delicious.  They make waking up something you will look forward to! They are great with vanilla frosting, maple glaze, cream cheese frosting and more.

They are the best breakfast or brunch treat you can ask for.  You absolutely have to make a batch to find out for yourself!

It’s Cake Slice Bakers time again!  For those of you who don’t remember, we are baking from Maida Heatter’s Cakes this year.

Each month Laura picks four recipes and we choose one of them to bake.  There were some really fun sounding recipes this month, I would have loved to bake them all.

You will have to scroll down to see if they did.  Fingers crossed!!

Back to my own bake.  I have been interested in doing a potato dough for a while now, so I was really excited to try this.  Maida is right, yeast LOVE potatoes.

They went crazy on the potato starch water I started them in and my first rise was huge.  I was a little worried about my second rise, as they did not double.

I thought I might end up with dense rolls.  A trip to the oven fixed them right up!

They were big and delicious by the time they came out.  All in all, the dough was really easy to work with.

Getting the potatoes ready made it take a little longer than a plain yeast dough, but it really wasn’t difficult.  The results were amazing, so the extra effort was well worth it!

I left my cinnamon rolls very lightly browned as I like a slightly doughy center on my cinnamon rolls.  You are welcomed to give them a few more minutes if your prefer them to be completely cooked.

I just love having a little bit of a texture change as you get to the very center part!  Especially when they are warm and extra gooey!  YUM!

I tried my best to share these, but I still ended up eating more of them than I would like to admit.  They are SOOOO good.  I just couldn’t help myself.

I could definitely be easily talked into making another batch.  Like really easily!  What’s that?  You want some?  Done!

2016 Update:  I’ve made these beauties a few more times in the last year.  In fact I used them as the base for my Coffee and Cream Cinnamon Buns and they were a smashing success.

I have used maple extract instead of almond in the glaze and that was amazing.  But my favorite was for Christmas this year.

So, I whipped up a batch of these and schmeared them in maple cream cheese frosting and OOOOOOOOH. EMMMMM. GEEEEEEEEEEEEEE!

They will knock your socks off… and yes, I do say so myself!  I wish I would have measured as I mixed the frosting, but I didn’t.

It was roughly a block of cream cheese, a few tablespoons of maple syrup, about a cup of powdered sugar and enough milk to make it a loose frosting.  Spread that over some warm cinnamon buns and your life will be changed! 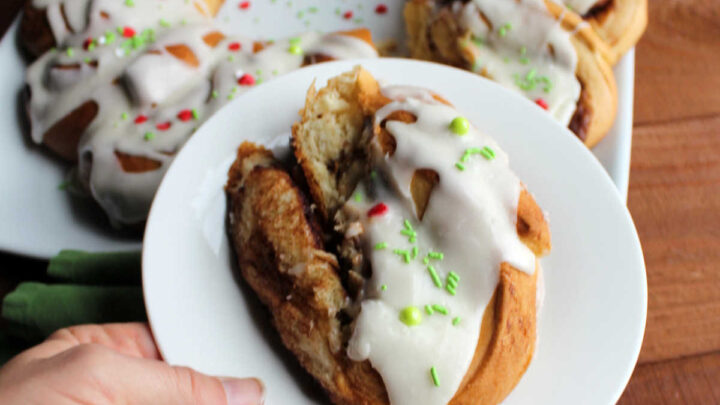 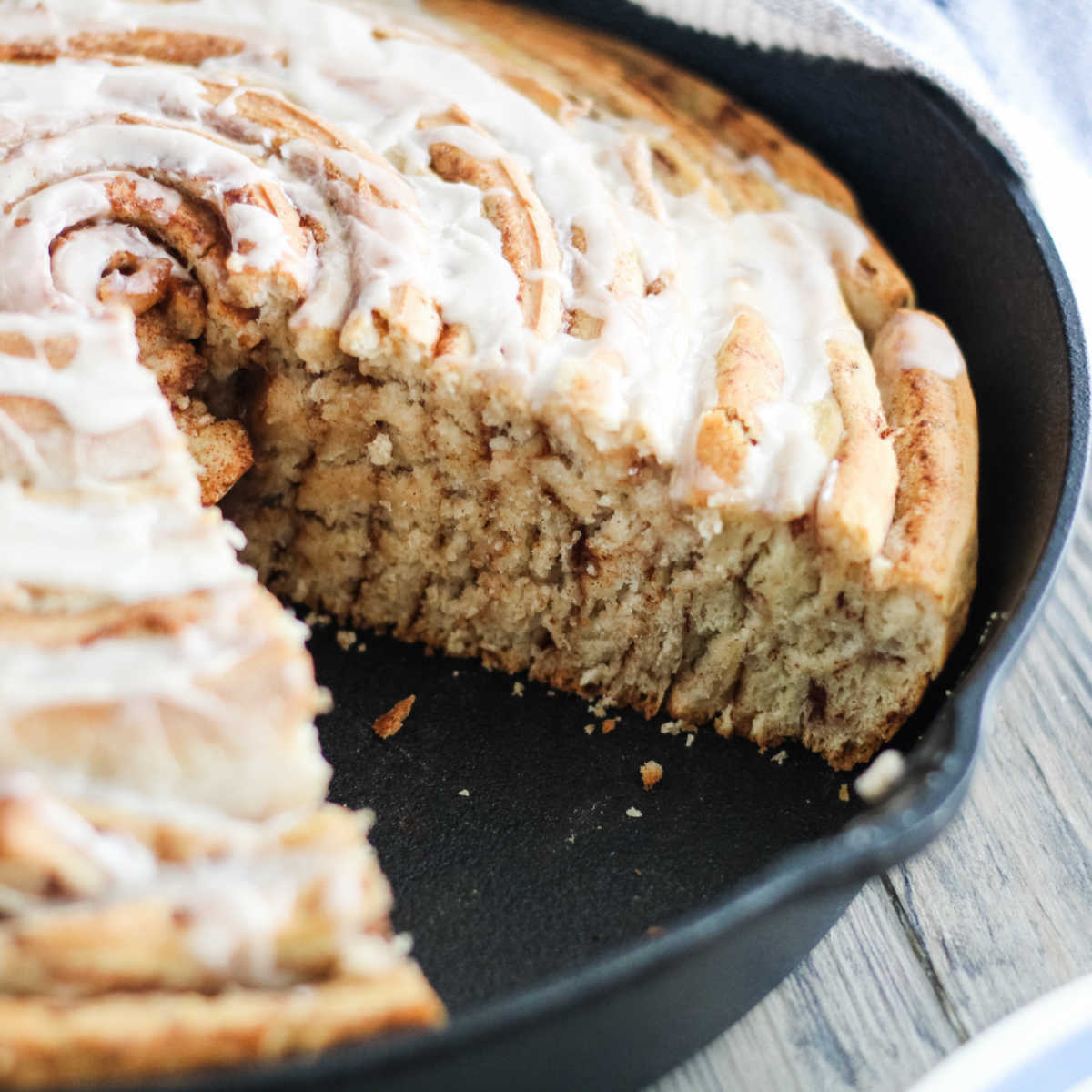 Oh my, Carlee, where have you been hiding his recipe? I learned to cook with yeast before I learned to bake cakes and get a kick out of working with it. Cinnamon buns sound very similar to what we call Chelsea buns, which my lot love... What interests me though is potato dough! Have never heard of it before, but I now want to know more!

Ooooh my, Debbie! These are so good! It was my first time making a potato dough as well, the yeast love potato starch. Now I've done it a number of times. I am hoping to get potato rolls posted soon too. The potato makes for really soft and yummy bread!

Those look delish! Thanks for sharing with us at the Funtastic Friday linky party!

They really are, thank you!

What an interesting idea! I've never thought to use potatoes in cinnamon rolls. I'm definitely going to have to try them! Now I wish I had some mashed potatoes on hand 😄

It's like a potato roll, only sweeter and cinnamonier (that's totally a thing!) They have been my favorite cinnamon rolls since the first time I tried them!

Those cinnamon rolls look down right delicious. Thank you for sharing your recipe with us at the Over the Moon Link Party. Merry Christmas!

Thank you, they were wonderful! Thanks for hosting!