Any morning that starts with a slice of giant cinnamon roll is going to be good. If it is a big pumpkin skillet cinnamon roll with maple brown butter glaze, it is sure to be great!

A big cast iron skillet filled with a giant warm pumpkin cinnamon roll is a thing of glory. Drizzle it with maple brown butter glaze to take it to the next level of wonderful.  This is a perfect way to start a fall morning. It would be a wonderful breakfast for Thanksgiving as well!

A special breakfast sets a day off on the right foot.  It is a sign of good things to come.

I love making great big cinnamon rolls that are as big as my large cast iron skillet. It’s almost like a cinnamon roll cake.

It makes a statement and allows you to cut as little or big of a slice as you’d like. I have done several versions over the years, but this pumpkin spice version is one of my favorites.

When Tara from Tara’s Multicultural Table asked if I would like to be a part of a virtual baby shower for Lauren of Sew You Think You Can Cook, I jumped at the chance.

Then I heard that she is due in November and Thanksgiving is her favorite holiday, so we were going to do Thanksgiving themed recipes.  My mind really got going then!

Thanksgiving is my favorite holiday too!  I love the food, the family and the football!  I thought about doing one of the classics.

Then of course there is dessert, last year there were no less than 8 pies, a cake and some cookies.  You know we love our pie after our pecan pie throw down this summer, but I didn’t want to revisit that.

And of course there are always the egg noodles, we used to always have them on Thanksgiving and now normally have them the weekend after.

It is WAY to hard to pick just one of those things to share.  So, I decided to focus on a great Thanksgiving morning breakfast.

This is a great way to get a little of that sweet pumpkin fix in the morning.  People can cut a slice as they wake up and it will help hold them over until the big meal.

The pumpkin roll is delicious on it’s own, but in my opinion the maple browned sugar glaze really sets it over the top.  My first thought was I would do a cream cheese glaze, but MiMi said that was too obvious.

She mentioned browned butter, I twisted it with some maple and a masterpiece was born!  The warmth of the maple and browned butter just melt into the pumpkin pie spiced filling and it almost melts in your mouth.

I hope Lauren enjoys this slice of cinnamon roll and has a chance to kick her feet up for a few minutes to enjoy her virtual shower.  It sounds like this Thanksgiving will be extra special with a new little bundle of joy to be thankful for!

I love making big skillet cinnamon type rolls like this for several reasons.  The first is they are really eye catching.

The giant size and all of those rings make for a fun presentation.  Plus you can cut whatever size piece you’d like.

Sometimes single cinnamon rolls are oversized, which is usually a good thing in my eyes. However if there is a selection of other food you’d like to try, committing to something that large can be difficult.

So a big skillet roll or cinnamon roll cake allows you to cut whatever size slice you’d like.  A small one to save room for turkey later, or a large one to hold you over to a later lunch.

This particular version is delicious with the pumpkin mixed into the dough and the pumpkin spice filling.  It really reminds me of fall with all of its warmth and goodness.

Of course I am a sucker for all things frosting and glaze. The brown butter and maple carry that warmth all the way through and the glaze helps give the whole thing that sweet sticky goodness that a cinnamon roll should have.

If you like big cinnamon rolls, you are going to love my strawberries and cream skillet roll. It is based on a similar idea but filled with cream cheese and strawberry filling. I also have a recipe for a whole wheat skillet cinnamon roll that is delicious! 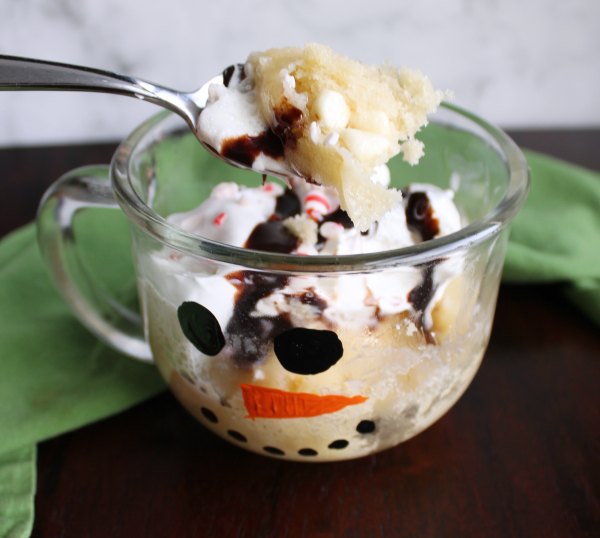 This sounds so good! We really love pumpkin at our house and we love cinnamon rolls so both of those together sound fabulous.

This is a great mix of the two!

This looks delicious. I have never veered away from the traditional cinnamon roll flavors. I am looking forward to trying this recipe.

It's fun to change things up a little every now and then!

Shannon @ Of The Hearth

Wow! This sounds amazing. My daughters love cinnamon rolls and pumpkin. I love maple. I think this one will be a winner! Pinned.

It's something for everyone, enjoy!

My pumpkin spice loving tastebuds are so happy seeing this. I am making it for sure! YUM!

You are going to love it!

If there was a winner for the whole internet, I think you may have just won! YUM! Thanks for sharing at Country Fair Blog Party! Seriously! I have a cast iron skillet now that needs to be used for this recipe! I can't wait for our December Party to see what you share next! Jan @ Tip Garden

Ha! Thank you so much! That is too funny! I love baking in my cast iron as much as I like to use it to cook. And cinnamon rolls are always popular! Thanks so much for stopping by, I can't wait for the December party!