These homemade pierogi and loaded with flavor. Cheese, bacon, sour cream and chives just like a loaded baked potato but in extra yummy dumpling form. 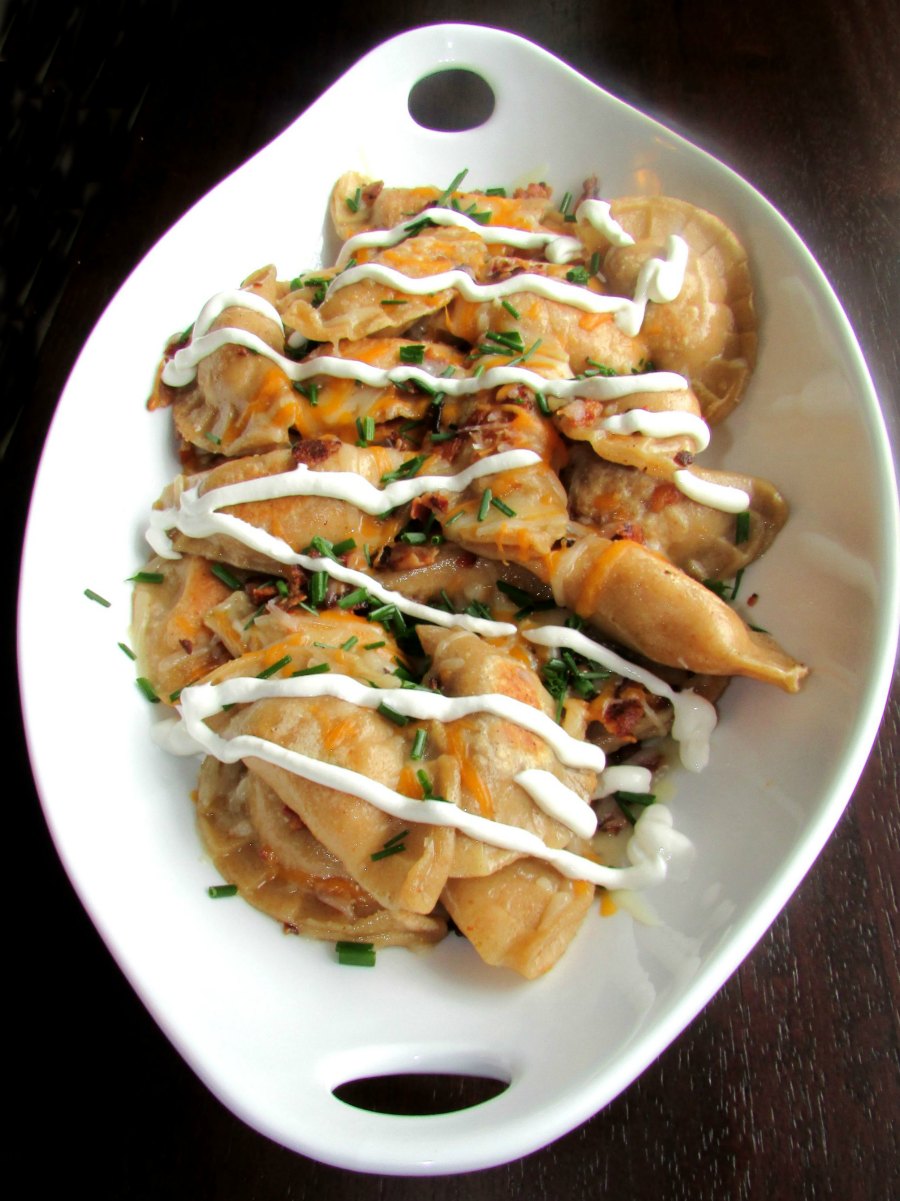 The idea to do pierogi popped into my head and it sounded wonderful, but I had never made pierogi on my own.  I had helped my mother-in-law once.  It was a lot of fun.  A bunch of Matt’s cousins, their kids, my brother-in-law and Nana and Mike all got together to do it.

A group broke off to make homemade polish sausage (it’s nothing think the kielbasa I thought of before being introduced to more tradtional Polish recipes).  The rest of us were on team pierogi.  We made a TON of them with a handful of fillings.  It worked out great. A couple of people worked on rolling the dough thin.  They had the Kitchenaid pasta roller, so that made things go pretty quick.  Then there was a stuffing station, a boiling station and somebody who was laying them all out to dry before they went in the freezer.  It was very efficient, a lot of fun and everyone had a freezer full of wonderful treats when it was done.  Nana got hers out for the following Easter and they were all sooo good. Anyway, after that tackling the whole thing by myself seemed a bit intimidating.  Especially since my pasta roller is this rolling pin.  So, I decided I would need to think of something else to do for my potato recipe.  Then, MiMi sent a text one Friday night saying she and Pops would like to steal Jax for a bit the next morning.  I had my chance, it was now or never.  A couple of hours with my hands free was just the inspiration I needed. 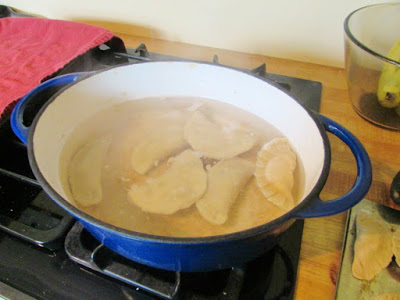 The actually came together pretty easily.  Of course, they do take some time and a little patience.  I would say they are worth the effort.  I don’t think they will become a weekly staple, but it fun to know that I can make them if the situation arises! 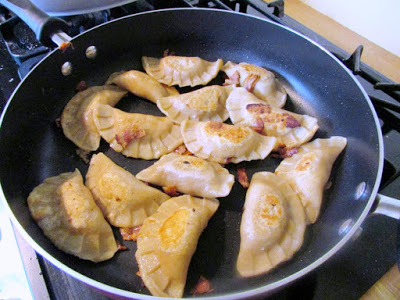 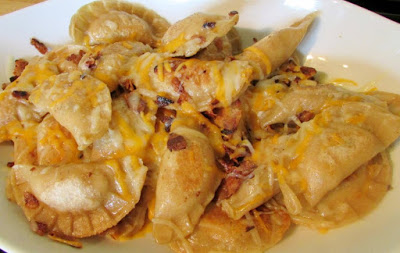 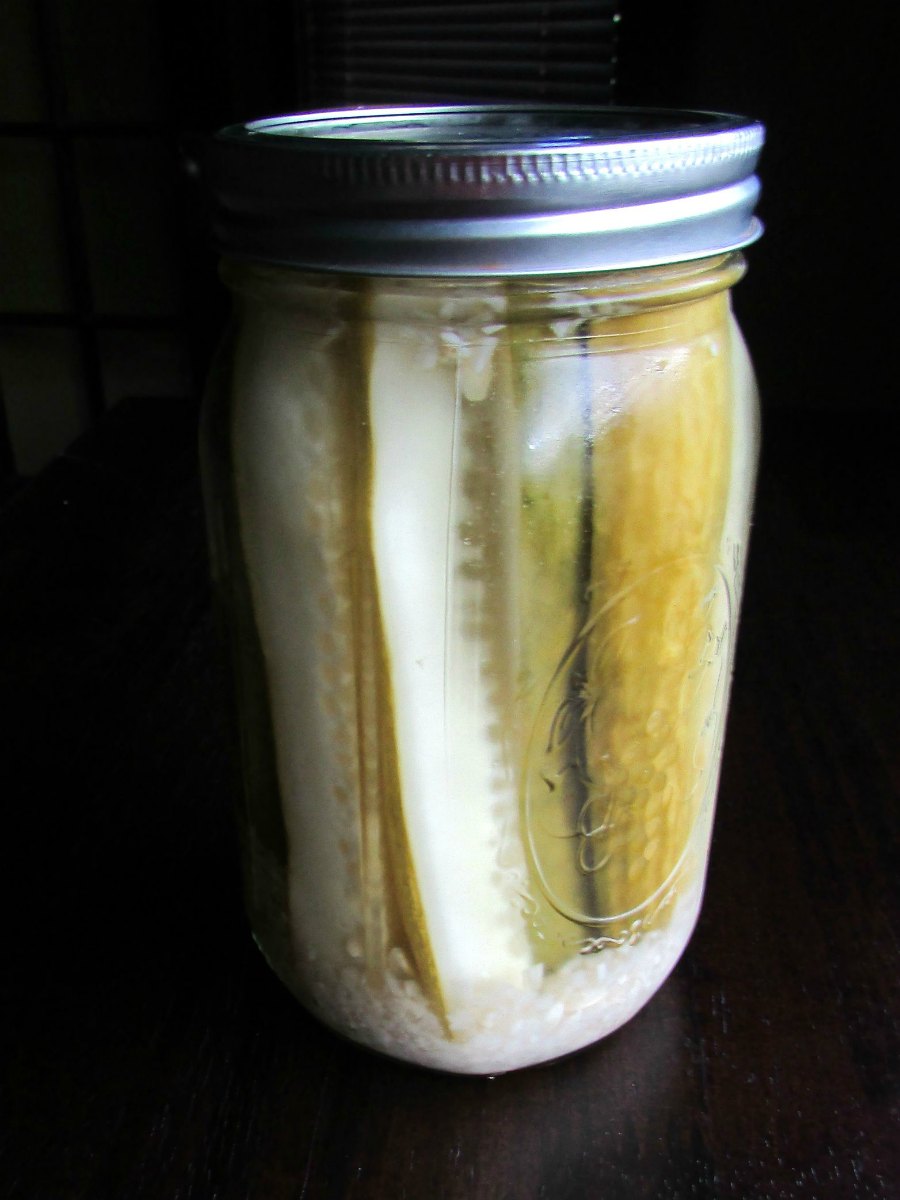 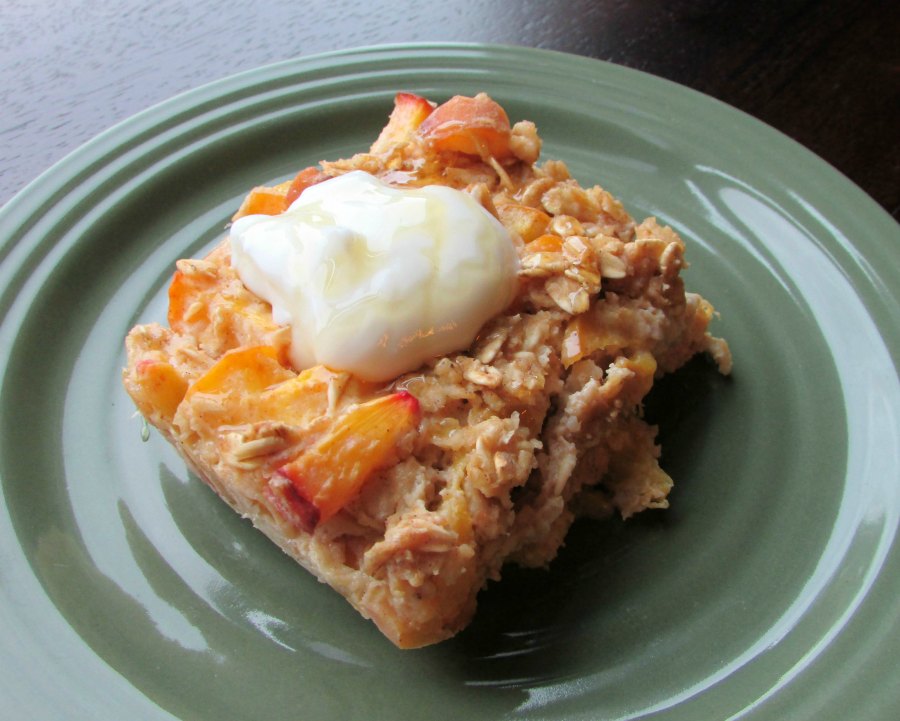 Way to go! You did an amazing job. I think I will have to try them. I have never had them before.

Hi Carlee, Wow these look and sound so good. :) Thanks for sharing the recipe at Cooking and Crafting with J & J. Enjoy the weekend. Julie

Thanks, Julie! My youngest sister really wants me to make them again. Maybe I'll have to have her come help!

YUMMMM! I would eat this whole plate and some! :)

Thanks for joining Cooking and Crafting with J & J!

Can't wait to try this! Thank you so much for linking up at Tasty Tuesday! This post has been pinned on the Tasty Tuesday Pinterest board! I love having you and can't wait to see you next week!

They are soooo good, a definite comfort food!

This perogi dish looks like it would definitely warm your belly. Delicious!

They are definitely one of my new favorite comfort foods!