This pie tastes just like apple pie, but there isn’t a single apple in it! You’d never guess what it is though.  But I’ll tell you! It’s zucchini! This is a great way to use up some of the surplus. If you don’t tell them, they’ll never know!

This apple pie has a secret, there isn’t a single apple in it! Nope, it uses a summer vegetable instead. That’s right, it’s actually zucchini in there.  But I promise you it tastes like apple.  You are going to be shocked and amazed. Your guests will be flabbergasted. Get some vanilla ice cream ready and promise me you will make this fabulous pie!

You will never guess what is in this pie or how I came across the recipe!  I was at a conference in the Ozarks.

For those of you who don’t know, I used to work for an environmental lab.  I traveled a bit and sometimes found myself at conferences for a few days.

Anyway, it was dinner time, so I found myself a seat.  There were two ladies sitting next to me who appeared to know each other and were in a conversation.

So, I was minding my own business until I heard it… Pie!  Now, I had to start paying attention.  What kind of pie could they be talking about?

It turns out one of the ladies, Jan, makes an almost apple pie out of zucchini.  She says if anything it is better than apple pie because the zucchini stay firmer than the apples.

Zucchini pie?!  I had to invite myself into the conversation and get more information!

Jan told a cute story about a little boy telling his mom he had just had the best apple pie ever only to be shocked that there weren’t any apples in it.

Honestly, I found the statement about the zucchini staying firmer than apples hard to believe.  After all zucchini can get pretty darn mushy when you cook them.

I also had my doubts about them making a good pie.  But I knew I just had to give it a try!

Luckily Jan said she would be happy to share her secret.  I gave her my business card and a couple of days later I got an email with the recipe.

I brought the pie to a family dinner at MiMi’s and she made vanilla ice cream to go with it.  We didn’t tell anyone what was in the pie.

Low and behold, she was right!  The pie was delicious and the zucchini did stay firmer than apples!  I could not believe it!  Everyone loved it and was shocked that they had just had zucchini pie.

When asked about the history of the recipe, this is what Jan had to say:

The recipe in it’s current form came about through 3 seasons of zucchini growing.  I tweaked it a little each year; and now, my family and friends like it just the way it is.  It’s always fun to serve it and not share the main ingredient until after everyone has had the opportunity to try it.

She also added than in May, she had retired from a local nursing home.  While working there, she made a habit of bringing in pies to share during zucchini season.

So one day on Facebook, they shared this picture with her and a note saying it’s pie time!

To see how easy it is to make, click below to be taken to the YouTube video.  Then be sure to make one for yourself!

A couple of more fun pies:

Baked Peanut Butter Pie is a rich and smooth peanut butter filling in a flaky crust. I like serving it with a drizzle of hot fudge for extra goodness.

Honey Maple Pecan Pie is a fun recipe MiMi came up with.  It’s a lot like a classic pecan pie but it’s sweetened with honey and maple syrup instead of corn syrup.

Enjoy a slice of honey chess pie. With a kiss of lemon, honey richness and lots of chess pie goodness, it is a perfect treat for almost any occasion!

If this pie intrigues you, zapple crisp is going to get your attention too.  It tastes just like apple crisp, but it’s made with zucchini!

Mini loaves of zucchini bread are another great way to use up a zucchini harvest.  They freeze well and are perfect for breakfast and dessert. 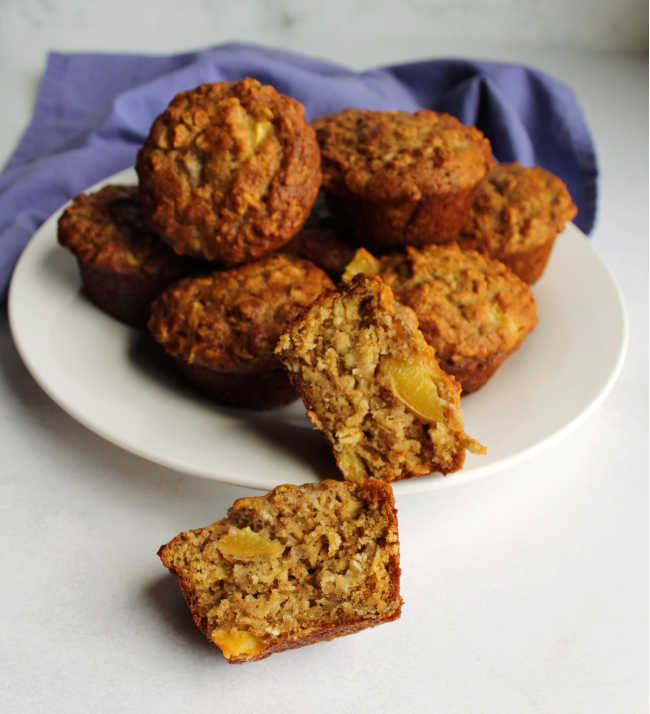 This is the 2nd pretend apple pie I've seen today! think the angels are telling me to make pie with my courgettes! I love this idea for a dessert and if I can sneak it past the eyes and into the tummies of my family I am going to be one thrilled mumma!

It is definitely a sign you should! They will never know it wasn't real apples. Let me know how it went if you can!

Oh my gosh, this sounds so much fun. I’m going to have to surprise the boys with this!

You should! It is so fun to watch people find out what it is really made from!

Carlee, this recipe definitely has me intrigued. I bet it's DELISH! Thanks so much for allowing me to share it in my zucchini round-up. Have a great day!

You definitely have to give it a go! It is soooo good and could easily fool people who didn't know what is was made of!

LOVE the story! and what a fun recipe! So cute and tasty! So glad you shared it with us on our Celebrate 365 Blog Party: Farmers Market Recipe Collection.

Isn't fun to randomly get fun recipes from strangers?! You never know what you my come across and I can see why this one is so requested of Jan. It has become a summer tradition in our family as well!

I make a mock apple crisp with zucchini! It's a great way to use it up. I love the idea of making it into a pie as well. It looks delicious! Thanks for linking up to our Friday Frenzy link party!

I am definitely going to have to try that too! Thanks for hosting!